People depend on reliability and predictability as a means of human survival, and then when something unexpected comes along, some people panic, and aren’t sure what to do or how to act. However, during this new and disorientating pandemic time, it can potentially be a wake up call for humanity, and can give us a chance to further deepen our spirituality.

According to spiritual teacher, Eckhart Tolle, in times of great adversity it can potentially awaken people out of their mind identitied state of consciousness. He says that we are in full control of this, though there is not much we can do about our external environment, especially in regards to humanity as a collective. The only things that we can do as of now is to take special precautions as needed, and continue to use social distancing and take care of ourselves and try to stay as healthy and strong as possible, (both mentally and physically.)

In Eckhart Tolle’s new and insightful video, he discusses how fear can consume people if they do not go deep enough beyond their conceptual thinking mind. According to Eckhart, fear are certain thought forms in which projects oneself into some imagined future moment. Thus, when you’re not fully present in the now, this is when fear arises. In order to be more in the present, Tolle explains to become aware of your breathing, and to know yourself as an eternal presence.

A lot of what we do in life is fast-paced and we have many distractions. It can be a good thing sometimes, but in order for our consciousness to evolve to the next level, if we wanted to, we could create a more loving, creative, and supportive world. We could also try being more accepting of other people.

On a collective level our society has not really experienced anything like this before. For instance, the vast majority of people are in quarantine and confined to their homes. Most people feel that this has been a huge threat to their wellbeing and health. Not only this, but for those who live in the United States, our reputation as a country has become weakened not only by its economy, but with our previous 21st century medicine and technology advancements.

But this, for instance, has helped a lot of people turn toward faith and spirituality. It has made people realize that everyone has a certain vulnerability, as well as helped them become more humble. More people are realizing that we are all connected and in this together. Now, many people have the opportunity to spend more time at home doing puzzles or playing games with their family, and are living a more simpler life. People are also learning to be more creative by working on Diy crafts, music, or other projects around the house.

In Eckhart Tolle’s conclusion to his most recent video, he explains that presence is much deeper than the person, and that people need adversity in their lives in order to find their true essence. He mentions the following quote. “When the ego weeps for what it has lost, the spirit rejoices for what it has found.” In other words, he explains,
“What looks bad on the surface has an essential function,” which are also similar to the well-known quotes, “In darkness there is light,” and, “There is always light at the end of the tunnel.” 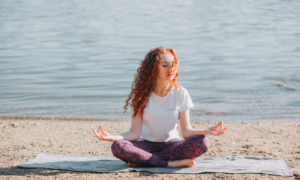 People depend on reliability and predictability as a means of human survival, and then when something unexpected comes along, some people panic, and aren’t sure 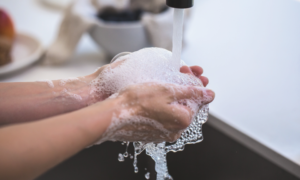 It appears Corona Virus or Covid-19 is all we have been focusing on as a society lately. I’m here to share some ideas on how 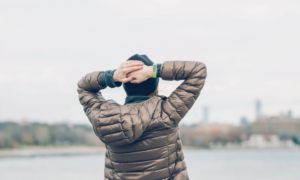 Anger is a healthy emotion that everybody feels at some point in their life. Anger must be expressed in an appropriate manner to be healthy.